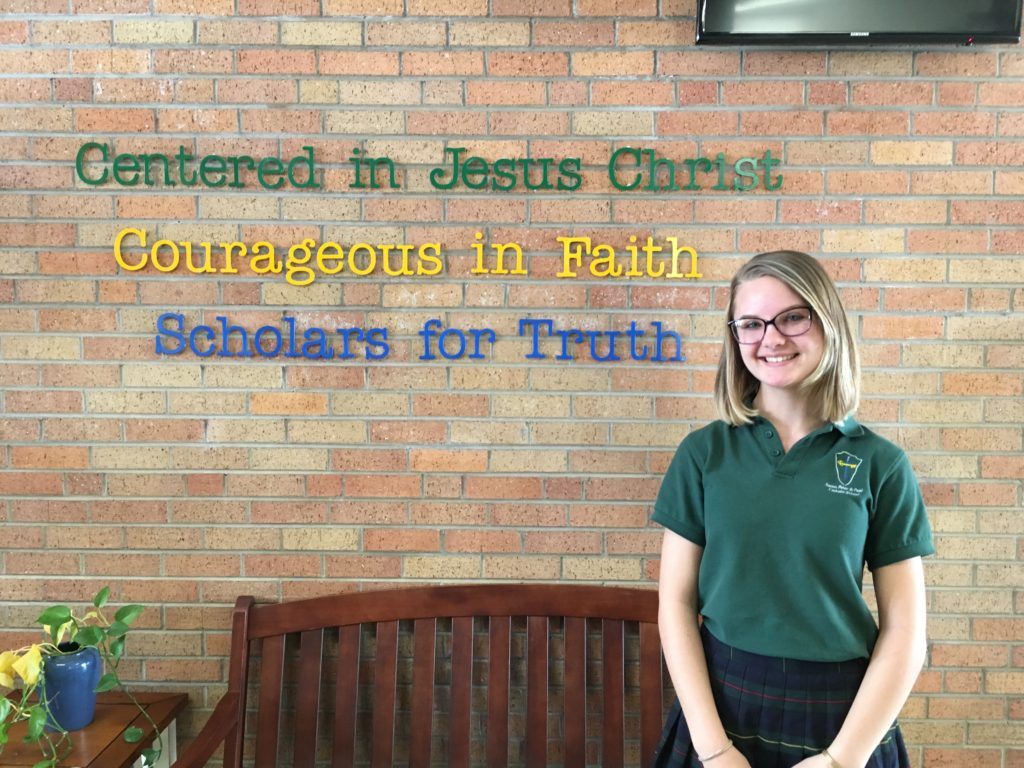 Emily was only in first grade when she told her grandparents that she wanted to be baptized.

An eighth grader at Sts. Peter & Paul Catholic STEM School, Emily is a shining example of the impact that Catholic education can have on individuals, their families, and their communities.

Emily’s grandparents wanted her to have the kind of education that would provide her with opportunities others in their family hadn’t had. In hopes of avoiding many of the pitfalls of public education, they inquired about sending Emily to Sts. Peter & Paul, even though they weren’t Catholic. The providence of God allowed Emily to enroll. It wasn’t long before young Emily’s experience in religious education and in the Sts. Peter & Paul community prompted her to ask her grandparents if she could be baptized. Surprised and intrigued by this, they said yes.

The family became more involved in the community. It wasn’t long before both grandparents decided to join the Church themselves. Emily continued to attend Sts. Peter & Paul and her family received assistance from Seeds of Hope to do so.

The impact of Emily’s Catholic education didn’t stop there, though. In addition to her grandparents being received into the Church, three others, an aunt, an uncle, and a family friend, decided to enter, as well. From one little girl, one decision to say “yes” to Catholic education, at least 6 people have discovered the love of Christ and the communion of saints in Holy Mother Church.

Emily is in eighth grade but intends to continue her educational journey close to the faith. She hopes to attend Arrupe Jesuit High School in the Fall and has her sights set on Regis University after that.

If you’d like to support other students just like Emily, please click here. To learn more about Seeds of Hope, visit us at seedsofhopedenver.org or call us at (303) 715-3127.