Every child is a seed of hope. With this line, Seeds of Hope began as an expression of the Archdiocese of Denver’s commitment to making Catholic education available to low-income families. In the wake of St. John Paul II’s visit to Colorado for World Youth Day, and with the unfortunate closing of St. Joseph’s Catholic School in 1993, the Archdiocese of Denver and several community leaders joined forces to create an organized, funded mechanism to support Catholic education in Denver.

On the heels of World Youth Day in 1993, the Archdiocese of Denver formulated and executed the “Hearts on Fire” capital campaign to raise money to carry forward the work St. John Paul II urged in his visit. Several leading Denver philanthropists insisted a portion of the funds were to be designated to support Denver Catholic schools. This was the beginning of the Seeds of Hope endowment, which carries on to this day.

One of the founders of Seeds of Hope was Sister LaVonne Guidoni, a sister from the Sisters of Charity of Leavenworth. She was well known as an educator with a passion for her profession, and she was a tireless advocate for Catholic education. Known to go door-to-door to ask for funds, Sister LaVonne dedicated years of her life to raising millions of dollars so that any child with a desire to attend Catholic school could have the opportunity. Prior to the founding of Seeds of Hope, a consortium of six inner-city schools was created to pool resources, ensure no child was turned away for lack of tuition, and help save Catholic schools in Denver’s inner city. The consortium – called Schools in Urban Neighborhoods (S.U.N. schools) – was created in 1987. When Seeds of Hope was created nine years later, nine schools made up the S.U.N. consortium and became the primary focus of Seeds of Hope.

Through the years, assistance offered by Seeds of Hope has varied in the organization’s history, from need-based scholarships to grants made directly to schools for technology upgrades, building repairs or general operating support. Seeds of Hope now focuses on providing tuition assistance to make Catholic education financially accessible to families in need. The organization has enjoyed a history of strong executive leadership including Executive Directors Haven Moses, Terry Polakovic, Laurie Vieira, Betsy Boudreau, Maribeth Hanzlik and Natalie Mesko, as well as an incredible list of community leaders who have served on the organization’s Board of Trustees and Board of Directors. As the founders of Seeds of Hope intended, all of the assistance provided helps worthy families with opportunity, stability, faith formation and a quality education.

Seeds of Hope is now governed by an independent Board of Directors and is under the Canonical Stewardship of the Archbishop of Denver, Most Rev. Samuel J. Aquila, S.T.L. 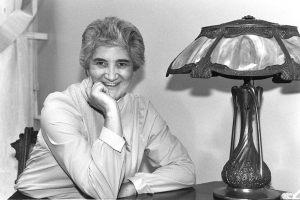